Imagine your entire life you’ve been told to protect yourself from situations where strange men have access to your private parts. ‘Pull your skirt down’ ‘cross your legs’ ‘don’t flash your undies’. The implication being, if you behave in any way other than modest and ashamed of your vagina, a man will stare at it, try to grab it, poke it, smell it (yes, they do and sometimes they comment like you’ll be flattered), have non-consensual relations with it. The even deeper implication being if you are not modest, or always trying to hide the fact you have a vagina, it is your fault if someone assaults it. It is your fault if you get raped because you didn’t have the decency to be ashamed of your body.

This is training (aka brainwashing) girls have received whether they want it or not since clothing was a new thing. We tug at our skirts and tops constantly, worrying ‘are we covered up enough?’ It’s exhausting and unfair. Why should the onus be on girls to cover up and not on boys and men to behave decently no matter what a woman is wearing?

Now, imagine you become pregnant in this world. In many ways it’s an exciting and wonderful time (if children are what you want of course and you haven’t been forced to carry a child you do not want simply because safe abortions have become so difficult to get…but I digress). Assuming you are a woman who wants children, being pregnant is an exciting, exhilarating time. It is also terrifying, nerve-wracking, mystifying. Suddenly, it’s not about you anymore. It’s about them, the life you carry inside you which depends entirely on you for its survival. Suddenly you’re aware of things you’ve never been aware of before. How fast cars travel on the road, and how much slower at walking across that road you are. You’re aware of people dashing by in the street, who might in their haste knock you over. It’s not about maybe you getting jostled anymore, it’s about how badly your balance is affected, and how easy it becomes for you to fall. How devastating that fall could be for a developing foetus. What if you fall in the street? What if that car doesn’t stop in time? What if you haemorrhage and the baby dies?

In short, pregnancy is when many women feel at their most vulnerable. You are tasked with an awesome responsibility when you are often not at your best due to morning sickness, hormone fluctuations, discrimination in workplaces, tiredness, swelling feet etc. Bring into this the reality that women face; they will now, after a lifetime of being told how wrong it is for their ‘private parts’ to be seen, or even exist, have to open up their bodies for poking, prodding, and staring, the very things that they’ve been taught to protect themselves from since they were little girls.

‘Pull down your skirt’ becomes ‘hike it up and put your feet in stirrups so I can shine a torch on your vagina and have a good poke around’, with barely a chat about that broken condom in between. No shit. You have to leave all that old shame that was thrust upon you at the door and let a strange man stick his fingers up your clacker.

Yes that’s a crude way to put it. When you look at it starkly, any kind of pelvic exam is a crude and mortifying process. Luckily, there are enough female doctors around now that I for one have my pap smears done by a woman. This is not such a simple decision when it comes to obstetricians. The vast majority of specialist obstetricians are still men.

Additionally, women going through the public system do not have a choice about who their obstetrician is. I’ve been through two pregnancies publicly, and every single doctor who tended to me during those times was a man. I had no choice in this. Even if you can afford private insurance, there are very few female obstetricians around. I have friends who gave birth in private hospitals. Their doctor in every single case was a man.

Midwives are overwhelmingly women, yes. But they don’t do everything. Some things call for a doctor, that’s just how it is. Internal examinations are one of those things.

So here we are; confused, terrified pregnant women being asked to put ourselves in the most vulnerable position imaginable, for a man who will never be pregnant, doesn’t have a vagina of his own and may or may not be a pervert. Because yes, some doctors are sex offenders. That’s precisely why a female midwife or nurse is present when an internal exam is conducted. Because we need a fucking witness in case this man is one of those men we’ve been warned about. Over and above the embarrassment, physical discomfort and in some cases pain we have to endure during one of these procedures (I was ‘stretched’ by a doctor I’d never seen before when I was overdue with my first and it hurt like hell), there is a very real fear that this strange man might be getting off on sticking his fingers around in there, which would turn a routine medical examination into an assault.

This is the situation into which some buffoons knowledgeable in the area of football and apparently little else decided to insert themselves in order to laugh, point and mock. One thought it was funny, ‘just a joke’ ‘good for a laugh’ to insinuate a doctor might enjoy licking his fingers after putting them inside his colleague’s wife’s vagina. Not even a joke about an unknown woman—not that that would make it any better—but his COLLEAGUE’S WIFE. Even for men who use the ‘I have a wife/sister/mother/daughter’ standard for showing that they understand women are people, this isn’t acceptable. It’s not acceptable for a man who will never be in such a vulnerable position to joke about how funny it would be if that vulnerability were taken advantage of in the worst way. A guy who does this isn’t to my mind a ‘good bloke’. He’s a moron. An ignoramus. An insensitive cock womble. A tone deaf, indefensible piece of shit.

And I think the guy who introduced the topic of his wife’s pelvic exam on radio is just as bad. Absolutely. I think the lot of them should be fired and publicly condemned. Guys who like to talk about football and do so with some knowledge are a dime a dozen. Should be pretty easy to replace them.

Or better yet, don’t. Men with high public profiles could try, for once, talking about something that matters. If any of these guys spent a tenth of the time learning about the very women they claim to love as they do about the intricacies of a fucking ball game that has zero meaning beyond entertaining some people sometimes, they might actually have something to contribute to public discourse. Until then, maybe they don’t deserve a high paid job on radio.

Or at the very least, they should stick to the one topic they know about and leave the offensive personal commentary alone. 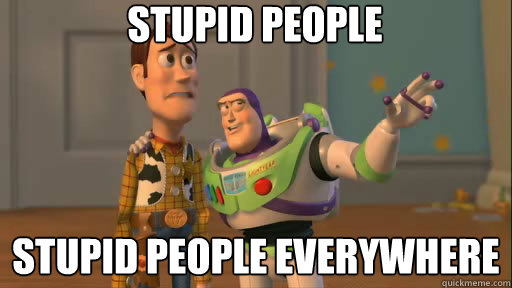