I’ve had a couple altercations in the last two months caused by some shit that was being said and my visceral dislike of the overall vibe of the dialogue. Just to surprise you, I’m going to start with the major one ( I CAN BREAK BASIC TENETS OF STORYTELLING AND CALL IT GOOD BLOGGING I DON’T CARE)

I was at my day job when one of the guys I work with brought up the Don Burke, er, let’s call it a situation, and things went downhill pretty fast.

(For those outside Australia this is Don Burke, our very own Weinstein-like sexually and verbally abusive jerkoff)

Let me summarize for you the way the boys in my office saw this, er, let’s call it a situation again.

IF ITS TRUE YOU STILL CANT APPLY STANDARDS OF TODAY TO THINGS THAT HAPPENED WHEN THE CULTURE WAS DIFFERENT AND IF ITS NOT TRUE THIS IS SO UNFAIR TO HIM TO SMEAR HIS NAME PUBLICLY WITHOUT A TRIAL AND MAYBE SOME WOMEN ARE A BIT TOO SENSITIVE MY GOD NO ONE’S SAYING HE RAPED THEM ANYWAY AND IF EVERY MAN IS GOING TO BE ROASTED FOR USING THE WORD CUNT WHAT IS THE WORLD GOING TO COME TO?

If you’ve come to my blog, I’m fairly confident you understand what’s wrong with all of that and don’t need to hear the arguments against this infuriating attitude. Suffice to say, I argued. And argued. And then the guy who doesn’t get social cues (man speak for he’s a prig and a bully) started saying stuff like rape stats are exaggerated and women cry rape when they regret sex. Yeah. But it wasn’t even those tired old yawns that made me snap. It was him saying that once upon a time slavery was acceptable so you can’t look back now, in a time when slavery is illegal, and apply today’s knowledge to that time. And I said, yes you can, that’s the point of studying history. You can call out slavery in modern times and call those old boys racist pigs, yes you can, for as long and as loudly as you like because slavery is not okay and never was.

Our society was built on slavery. So all the benefits you have are because men did what they did back in the day.

I said something like Well, that maybe so, but who’s to say the society we have today is the best it can be, or that it could not have been better, much much better had, say, white men never decided they were superior and so enslaved people of other races and forced them to build the infrastructure that exists almost exclusively to benefit the white men for whom it was built, because those same white men control access to its highest echelons and continue to ensure, as they have for centuries, that those they consider ‘other’ eg women and men of colour and most especially women of colour, can never enjoy its many layers of privilege? How can we ever attain an egalitarian society without studying the reasons why it has become so unbalanced in the first place and placing the responsibility for that where it duly lies, at the feet of white men who decided conquest and enslavement was the best way forward for them, and screw anyone who was disadvantaged? 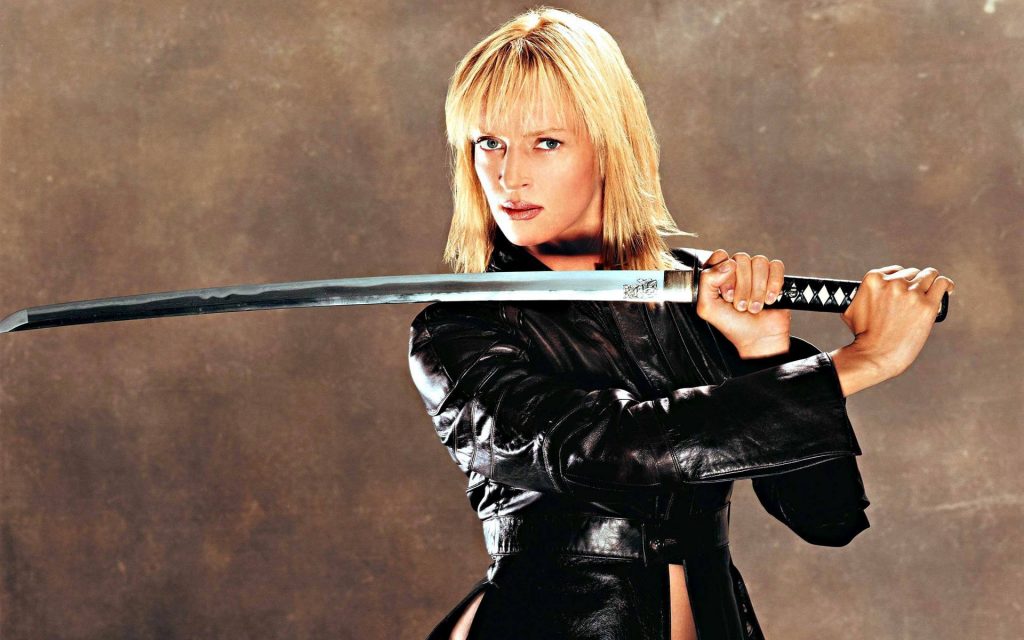 Hahahahahahahaha no I didn’t say that, I only thought that in my head. On the outside I looked something like Uma Thurman’s short chubby cousin wielding a sword which was my screamy screamy voice and throwing around frustratingly light office supplies like pens and sheets of note paper while I wailed about how he had no idea and how dare he and I hate you hate you hate you, and then I walked out and slammed the door so hard a newly erected sign saying our terror alert is ‘2’ fell to the floor with a resounding crash.

In short, I looked, I’m certain, like every cliché of the hysterical, emotionally volatile woman who is over sensitive and completely out of control that a certain type of man uses to justify why he is right and she is just crazy. 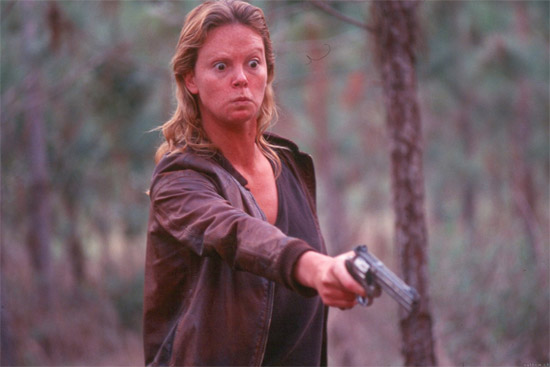 Not my proudest moment. I don’t care that I lost my temper and yelled and made an idiot of myself. I’m not embarrassed. I’m frustrated that in that state I was unable to get my point across. It was all just too big and yes, emotional. I refuse to apologize for being emotional about injustice but I wish I’d made so much logical sense that everyone just said ‘oh, I never saw it like that, I’m a new man!’, and then all the flying unicorns would have broken free and soared into the air leaving a wake of rainbow glitter behind them that we would all dance in like excited children singing ‘Age of Aquarius’. Heh.

Fast forward a week or so and I was at my annual administration ladies Christmas lunch (I say ladies because we are all ladies, because the grunt work in large organizations is still overwhelmingly done by women who are lower paid than the decision wielding men they work for, and my organization is no different. See? How the scales tip all one way because of how things were set up by those guys who thought oppressing other people was the best way for them to maintain their freedoms? Do you see?). I’ll try to be vague because this story is about a real person, but a woman brought up some gossip about a friend of her husband who got a girl pregnant on their last boys’ trip away and apparently this girl had had sex with three guys on this trip. The conversation went something like this.

Her: And then she just turns up pregnant and now Joe is living with this woman

Me: wait, when you say she slept with 3 guys on this trip, was that, like, all at once?

Me: They’re all fit tradies in their late 20s…I mean. Good on her.

Her: But she had sex with 3 guys at the same time

Me: Yeah, like I say. Girl’s got a lot of moxie. Good for her (I see here that my writing about polyamory has made me somewhat blasé about things most people are still shocked by. Occasionally in polite conversation I forget to act like I think gang bangs are weird but I see this as a strength, not a weakness)

Her: *confused by now because this wasn’t the point she was making* But she’s…crazy. And apparently she’s been pregnant before.

Me: She has a kid already?

Her: No. She had an abortion. But you know. That says something.

Me: What does it say?

Her: You know. She’s not exactly…

Me: She’s young. She’s single. She’s clearly got a lot of energy. How is it relevant her having been pregnant before, and how is it all on her that she’s pregnant now?

Me: All I’m saying is, the guy should have suited up. It’s not rocket science.

Me: Yeah, you know *miming the action of rolling a condom on a banana the way my mortified science teacher once did when I was in year nine*. If it’s not on, it’s not on.

Her: She said she was on the pill

Me: Is it her fault that Joe believed her? This woman he’d just met? Admittedly she doesn’t sound like the sharpest tool in the shed and she could be a complete nut job, but why does Joe get off looking like the poor put upon guy with the pregnant girlfriend? Why should anyone feel sorry for Joe? If the girl’s a nut job, he’s the idiot who slept with a nut job while not using protection. He’s lucky he didn’t get chlamydia.

Her: *GAPING IN COMPLETE AND UTTER BAFFLEMENT*

Another woman: Well if it were me, I wouldn’t let my husband go on the boys trip this year

About then I decided to let it go because I could see we were now onto the inane topic of whether husbands could ever be trusted out of sight of their wives, what with the BIG BAD SLUTTY GIRLS out there taking advantage of their inability to work a condom packet or practice good judgment. It was enough. I’d made my point for the day. I won’t engage in slut shaming of some random woman I don’t know, and I sure as shit won’t let people give the guy in that scenario a fucking medal for doing the bare minimum to take care of a pregnant girl who is in that situation at least 50% because of him. I didn’t lose my temper, but I stuck to my guns. I didn’t back down. And whether or not my point landed on deaf ears, I made it logically.

And I realized that this is how we win. It’s the small conversations, the supposedly innocuous ones that hide some very toxic ideas, that we need to challenge. Maybe that other woman thinks I’m nuts. Maybe she walked away confused, unable to understand my point. But maybe, one day, when she’s older and realized a few things of her own, she’ll look back on that and say ‘hey crazy old purple-haired Sami had a point!’. And maybe next time she wants to lay all the blame on someone who doesn’t deserve 100% of it, she’ll think twice. Maybe next time she tut-tuts and thinks some woman is a slut, she’ll question where that thought comes from. Maybe. I have hope. 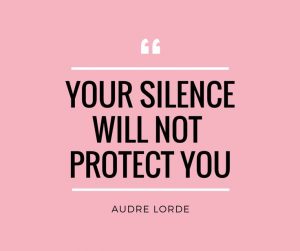 And this, my friends, constitutes in a roundabout way my resolution for 2018. I’m going to be more like Sami in example B, although I make no promises that Sami Example A will never make another appearance. But I will try to channel her rage into the smaller conversations. Make my point in increments and be willing to make another person feel awkward for a few moments if that’s what it takes because in the grand scheme of things, a little social awkwardness is hardly a big issue. Is it?

Happy new year everyone. Go forth and annoy people.