When I was a little girl, my mother told me I could be whatever I wanted. I didn’t believe her. It wasn’t what I saw reflected in society, in the media. All the news readers were men. All the television presenters that I saw were men, the women only used as ditzy sidekicks or for decoration, like when someone was required to turn those letters on Wheel of Fortune. Australian culture revered sporting heroes, but mostly if they were men who played manly games. There are a few exceptions, but mostly. Television advertising was full of manly men drinking beer and smoking Peter Jacksons.

And without exception, everyone who appeared to have an ‘important’ job was a man. The Prime Minister was a man, as was his entire cabinet. Terms like ‘policeman’ and ‘fireman’ where used to indicate those jobs were really only for men, little girl, so maybe you should say nurse the next time someone asks what you want to be when you grow up. I’d never met a woman who ran her own business, who had any kind of prominent role in government or society. I was too well behaved a child to meet my primary school head mistress (I can only imagine the horrific jokes she had to endure during her tenure due to that job title), although I knew she existed. The most powerful woman I’d ever heard of. I figured that was the pinnacle for a woman, head mistress of a school. Or maybe a hairdresser with her own salon. Every other woman I met or heard about was a housewife who’d given up any other career aspirations she might have had to raise her children.

So when my mother (a housewife) told me I could be whatever I wanted I thought of all I had implicitly been told by the world around me and mentally responded, but not really, huh?

Flash forward 30+ years. By some strange twists and turns, Australia had acquired itself a female Prime Minister. She hadn’t been voted in by the people, winning the role in a much maligned leadership coup. She was by no means perfect. She was disliked by many for the way in which she’d gotten the job, by many more for daring to think she deserved it even though she didn’t have a penis. But she was a woman, and she was the leader of my country. When she was sworn in by the governor general – also a woman – I watched the live coverage and cried. Finally I felt that it wouldn’t be a lie if I told my daughters they could do anything. I thought we’d come so far.

Until the not so subtle sexist jibes started being directed her way. The comments about her appearance and not her policies. The remarks about her being ‘barren’ and as such somehow less than a woman. She was in fact childless by choice, but in any event, she was accused of not understanding families because she didn’t have one of her own. And we all know if she had had children the cries of ‘who’s looking after them?’ would have been deafening. The implications that her partner was gay. The mansplaining. The undermining of her as a person. The sheer viciousness of the attacks against her are epitomized by the moment when the leader of the opposition attended a rally where people held up signs declaring ‘ditch the witch’ and he thought nothing of standing in front of them for all the world to see.

No Prime Minister in history was ever scrutinized or criticized so savagely. No male political leader was ever lambasted for his hair color or his choice of suit. When Bob Hawke was found to be unfaithful to his wife, he went on television and cried so the country forgave him. Boys will be boys, after all. When Julia Gillard stood up and called out Tony Abbot for misogynistic views, many women cheered her along. Many others, and many men, nastily said she ought to stop whining and run the country. I’m sure she would have, if only people had let her.

So while I now believed a woman could do anything, I also knew that there was a heavy price to pay for trying, a much heavier price than men pay. Gillard’s reign ended and the public’s antidote to the ‘instability’ she had supposedly caused was to vote in a doggedly right wing conservative Catholic who believed abortion was a crime and that women shouldn’t have to worry their pretty heads about silly laws and rights and things like that. The man who’d stood in front of the ‘ditch the witch’ signs, who was generally thought of as a buffoon with no filter, replaced our first female prime minister and promptly appointed himself Minister for Women. It was two years during which I kept my head down, had to ignore political reports as much as possible because I was ashamed of my country. I was ashamed that my country hated women so much that it would vote in a man who so openly disrespected them. I was disheartened that I once again felt like that little girl who wasn’t really sure if women could do anything after all. I mean, I knew we could now, but the question we had to ask ourselves is not whether we could do it, but whether it was worth the pain and suffering to try.

I had to believe it was. I had to believe Gillard thought it was worth it at the end of the day, because the next time a woman runs for Prime Minister maybe she might be treated better because the trail has already been blazed. I had to believe that in the western world we were moving—slowly, yes, but moving—towards are more egalitarian society. I thought I had to accept the slowness of the movement, because any progress was better than no progress. Don’t be impatient, Sami. Keep the faith. I thought I had to accept the crumbs thrown in my direction because once upon a time there were no crumbs for women at all, so we had it good now, right? By comparison, I mean. If we look behind us we can still see a long road has been travelled.

In many ways that’s true. Things have changed a lot, for the better. I can now tell my girls that they can be anything, even a Prime Minister, although I would feel the need to caution them about how hard that road is to travel for a woman. The day before yesterday I would have said that was enough, that the knowledge that things were better than they used to be would carry us through to the future, help us believe that we would travel further still toward that egalitarian tomorrow.

I thought my post today would be about how I was crying with happiness once again that a woman had proven it could be done. I was wrong. Horribly, horribly wrong and I found myself crying for different reasons yesterday, trying to squeeze my mini break downs into private moments at work and on the way home with the music turned up so loud on my car stereo I could feel it vibrating (Powderfinger’s Like a Dog, for the Aussies who will get the significance). I tried not to cry too hard in front of my children, but my oldest had already asked days ago what I thought of the American electoral candidates and I had told her. When she saw the news she stood gaping at the television with me, stunned. Even an 11 year old knows to gape in shock and horror at this result. We should all be shocked and horrified that an openly hateful, racist, predatory, narcissistic, misogynistic, xenophobic, self-serving and aggrandizing man who is patently unqualified for the job he has been given was elected over the most qualified candidate in US history, whose crimes include being confused about email and standing by an unfaithful husband. Oh, and of course, being a woman. An uppity, nasty one.

Would this have happened if Hilary was Henry? I have no way of knowing but I think not. A good part of this result had to have come about because she is female. Because the patriarchy still doesn’t want to let women in and misogyny is so deeply ingrained in our culture that not even the 52% of white women who helped elect their new president realise the depth to which he despises them, and the unfairness, the danger, of that hatred.

Yes, I once thought I had to accept crumbs, that slow progress would have to do, because let’s be reasonable, right? Rome wasn’t built in a day. But if these are the crumbs we as women are being thrown these days, they are putrid and vile and insulting. I do not accept them.

We cannot accept them.

It’s time to stop being reasonable. Fuck that noise. I don’t want crumbs, I want a slice of the goddamn cake.

*This post has been written from an Australian white woman’s perspective, because that is what I am. It’s how I feel the new presidency effects me, but by no means do I think it encompasses all that is problematic about this victory for people of colour, ethnic minorities, LGBTQ communities and the many other groups who didn’t want this to happen. As much as I am able from my faraway standpoint, I stand with all of you to say this just ‘aint freaking good enough for any of us* 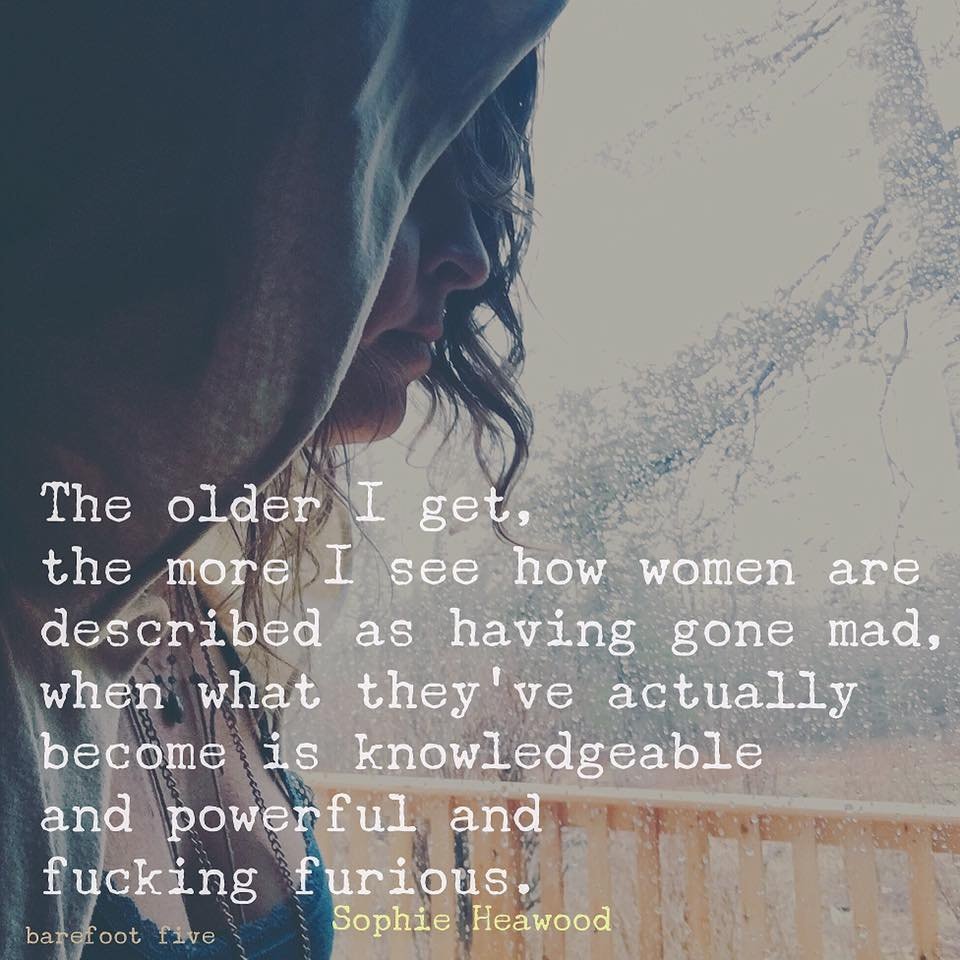