I watched The Wedding Date for the second time last night. I saw it years ago and knew it was stupid, but couldn’t recall how the movie handled the whole hero-is-a-hooker premise, and as I’m trying to get down the final 20,000 words or so of my own male hooker book, I thought this would help me get back in the mood to finish my own story. 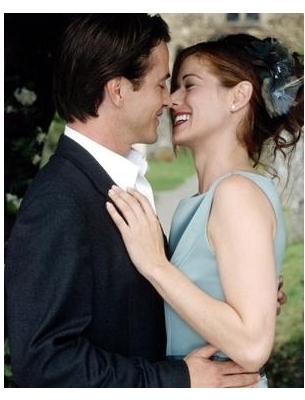 For anyone who hasn’t seen it, a quick summary of this movie goes thusly (*** SPOILERS OF COURSE ***). Romantic tragic Kat, played with psychotic charm by Debra Messing, must attend her sister’s wedding at whom her ex-fiance will be the best man. As we know it’s THE WORST THING IN THE WORLD for a woman to turn up at a wedding dateless, especially when an ex anything will see her single and assume she’s a LOSER who has not gotten over him (personally I’d attend that thing single, hoover all the booze and dance the night away to bad disco, but each to their own). To avoid the humiliation of appearing as though she can’t get a man, Kat hires Nick, a high class male escort, to pose as her date for the wedding, which entails—as all movie weddings seem to—many before the nuptials meet-and-greet events that require the ‘couple’ to spend days and days together rather than mere hours. So they have time to fall in love, ya’ll (because a few days is enough, of course).

Can I just pause here so we can all reflect on the yummy hot caramel sauce deliciousness of Dermot Mulroney? Reason number 2 why I watched this stupid movie again. 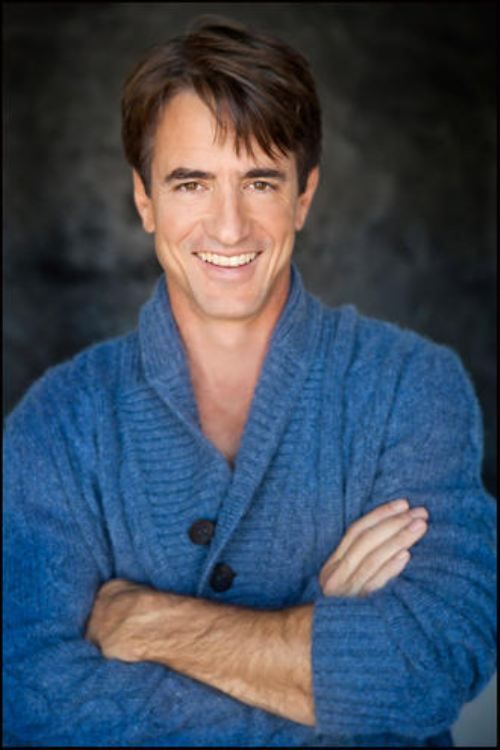 You know how this goes. Kat is all over Nick because she wants to make her ex jealous. They have zero chemistry IMO and at one point Kat even calls what he does for a living ‘morally repugnant’. Ouch. Then when she gets hammered at the bachelorette party she decides she wants to partake in all Nick has to offer after all, because hammered = horny in rom coms, not sleepy like it does IRL. Kat takes Nick to her father’s boat which is parked in her parents’ driveway (because, romantic) where she manages to undress sexily without falling head first into his crotch and throwing up, which is how drunk sex usually goes for the rest of us. These two are obviously destined to be together because Kat looks super cute while drunk, and years of rom-coms have taught me that if you look super cute while drunk and not like a projectile vomiting mess, you will get the guy, for sures (BTW no, I don’t know how I managed to snag a husband. Thanks for asking). Kat and Nick proceed to have (morally repugnant) sex in her dad’s boat. Next morning, Nick has the nerve to be annoyed that Kat has in her possession the money to pay him for the sex (you went looking through her purse, creepy asshole!), even though she never actually offered it and at the start of this venture he clearly said ‘sex is extra’. He’s miffed that Kat, a complete novice at paying moola for the horizontal mambo, didn’t know that he would negotiate a rate BEFORE they did the deed, not after (because again, romantic). 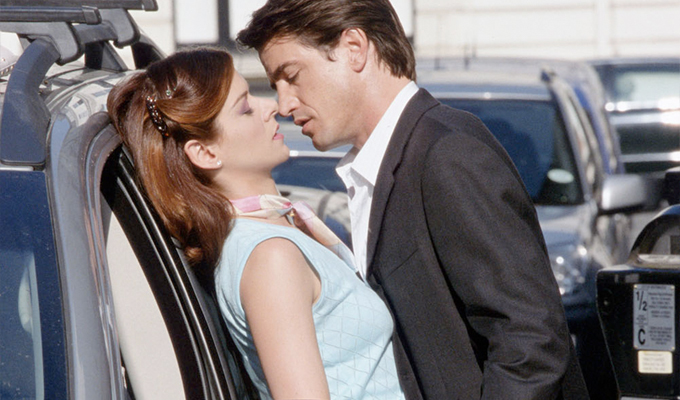 Nick is trying here but she totes looks like a corpse. ZERO CHEMISTRY

We’ll never know. This isn’t a gritty examination of the ins and outs (pun intended) of prostitution, it is a fluff piece that uses the sexual servitude of a man and the single shaming of women as punchlines. This whole thing is just a hot mess. There’s another trumped up drama where Kat finds out her sister screwed her ex-fiance while they were engaged and everyone, including Kat, is over it by the next day (I don’t think the glib use of the ‘nobody’s perfect’ phrase was meant for occasions such as this). Nick is full of sickening platitudes, like ‘I’d rather fight with you than make love with anyone else’. Holy cliché, Batman! There are even those annoying little notations at the end of the flick that writers use as a short cut to a HEA. My favorite was, ‘Nick gave up the business’, with no further details and no mention of him and Kat going to couples counselling so they could work through that ‘morally repugnant’ line. Nor is there any hint of what else he’s qualified to do. I mean, you don’t marry a three star chef and then expect him to stay home and only cook meals for you, right? What if sex was Nick’s only talent? His true calling? When they fight will he ever throw this back in her face? ‘I gave up my career for you and you never pay me for cunnilingus anymore!’. You bet your ass he will.

So, in sum, this movie is beyond dumb, but I like Debra Messing in things and Dermot Mulroney is hot enough to pay for sex. If I had the means and opportunity, I totally would. I find this whole sex for money concept perversely fascinating, which is probably why I’m writing a book about it. Speaking of which I need to get back to it, because The Wedding Date has inspired me to finish this story, even though I’m still terrified of the blank pages yet to be filled. Because I know I’m making better use of this plot device than this stoopid movie did.

So I promise I’ll stop watching movies and write the rest of it. 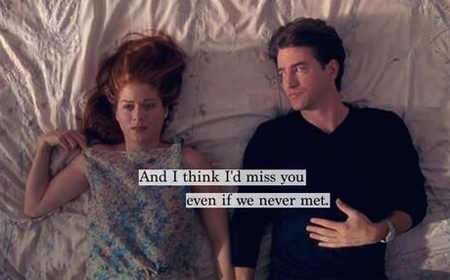 Have not groaned so loud since ‘you complete me’